The Esraj, originating in the 17th century is by Indian terms quite a young instrument. It was derived from the Taus, played by the Sikh, which is considerably heavier and has a larger scale. 12-15 resonance strings are mounted on a wooden rack beside the neck, wich holds 18-20 metal frets. The soundboard is covered by goatskin, like a banjo, a horn bridge transports the sound into its body and reverbates in the hollow inside totally up to the neck. It usually has one main string and three bourdun strings. The Esraj is played with a bow (gaz), the typical Indian „meend“ and portamentos are performed while moving the hand alongside the strings.

Bendings, like on the sitar, are not applied. The Esraj has a sister instrument, the Dilruba. The Dilruba‘s shape is different, usually more square, the sympathetic strings are built in (like on the Sitar), surfacing  the neck from below it additionally has four long sympathetics (tarb) with a snaring board under the main string and the bourduns. Esraj is played with a bow in sitting position on a carpet, but can be played on a stool as well while resting the body on the lap. Most players rest the neck on the left shoulder, others let the instrument stand freely, supported by the fingering hand.

The Esraj originates in folk – and spiritual music and was used for accompanying vocal recitals, though some notable players have used it as a solo instrument in raga. Rabindranath Tagore, Indias prominent son, also made use of the Esraj in his poetic songs. In the 20th century the Esraj has become quite rare, nearly extinct, but is gaining popularity since the 1980s thanks to „Gurmat Sangeet“, a Sikh Kirtan style spiritual music. Nowadays it is mostly found in Pakistan, Nepal and the Indian region Bengal.

taken from “the esraj handbook”, denovaire 2016 After ten years of experimenting, studying and performing esraj, I decided to write a little handbook for the aspiring student and interested music lover. The “Esraj Handbook” can be downloaded here. 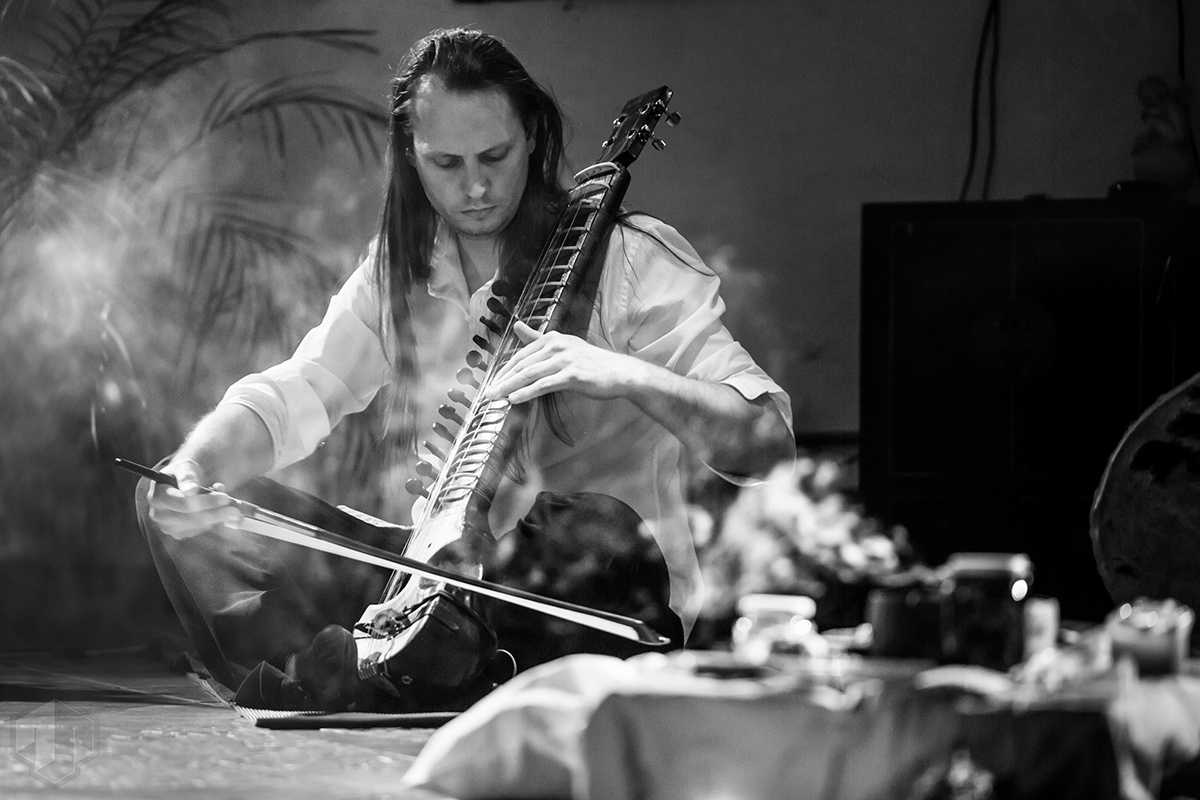